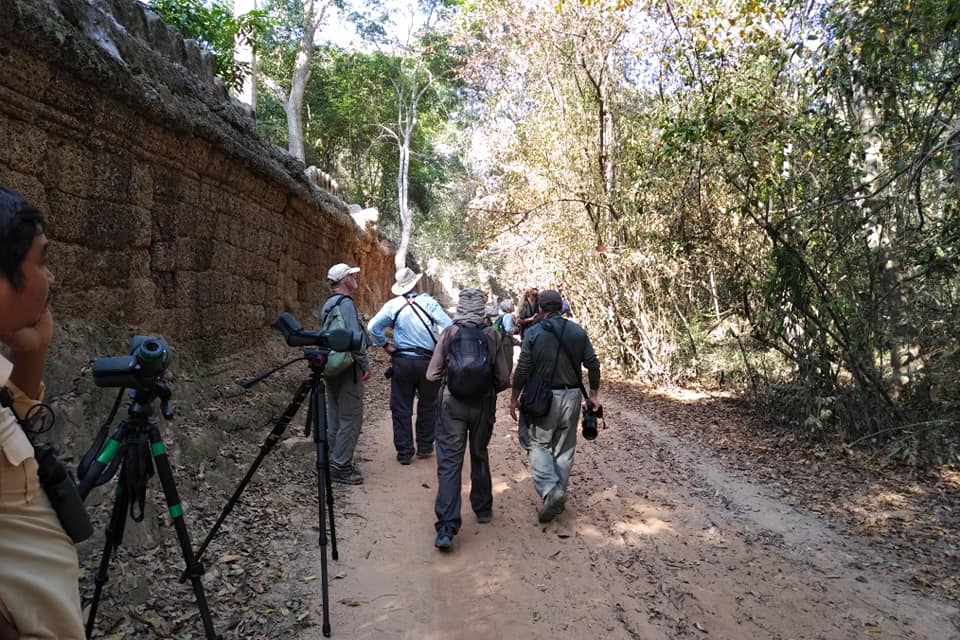 Residing in the old heartland of the Khmer Empire, Cambodia boasts some of the world’s most stunning temples. It is also home to several of Asia’s most desirable species that include Giant and White-shouldered Ibis, White-rumped Falcon, White-winged Duck, Mekong Wagtail, Bengal Florican, Cambodian Tailorbird and Chinese Grassbird. Wintering Manchurian Reed Warbler and Yellow-breasted Buntings were greatly appreciated, and in neighbouring Laos the recently described Bare-faced Bulbul inhabits the limestone karst of the western Annamites.

We then continued east to the Mekong River for Mekong Wagtail and Irrawaddy River Dolphins before heading south via some secondary habitat for Cambodian Tailorbird, a recently described endemic. Further to the south we headed to the mountains of Bokor National Park making a stop along the way for Chinese Grassbird, a bird thought confined to the area around Hong Kong until it was discovered in Myanmar and here in 2012. The mountains of Bokor gave us Chestnut-headed Partridge, and our bird of the trip, a magnificent Spot-bellied Eagle-Owl that cruised in out of the night to perch above us.

It was then off to Laos for Bare-faced Bulbul, and though the area was quiet we still picked up Streaked Wren-Babbler, Moustached Barbet, Spot-necked Babbler and a trip along the river produced Small Pratincole and the hoped for Jerdon’s Bushchat. Overall, we had 279 species with nine heard only, and combined with wonderfully fragrant and flavourful food, stunning historical sites and warm and friendly people it made for a very pleasant tour. 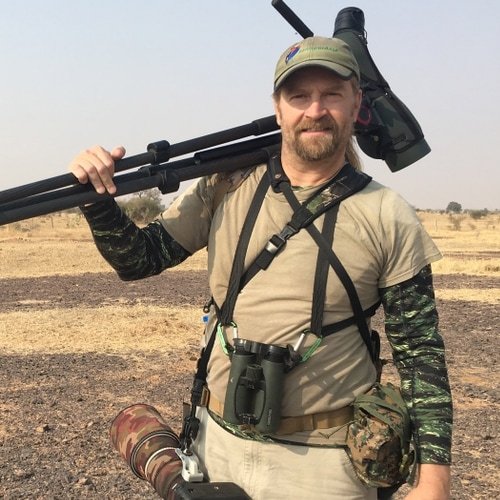 Mike developed a particular interest in Asia during his birding travels and having led numerous tours in Asia, working as a full-time guide for Birdtour Asia was a natural progression to share his knowledge and enthusiam on tours throughout our region.