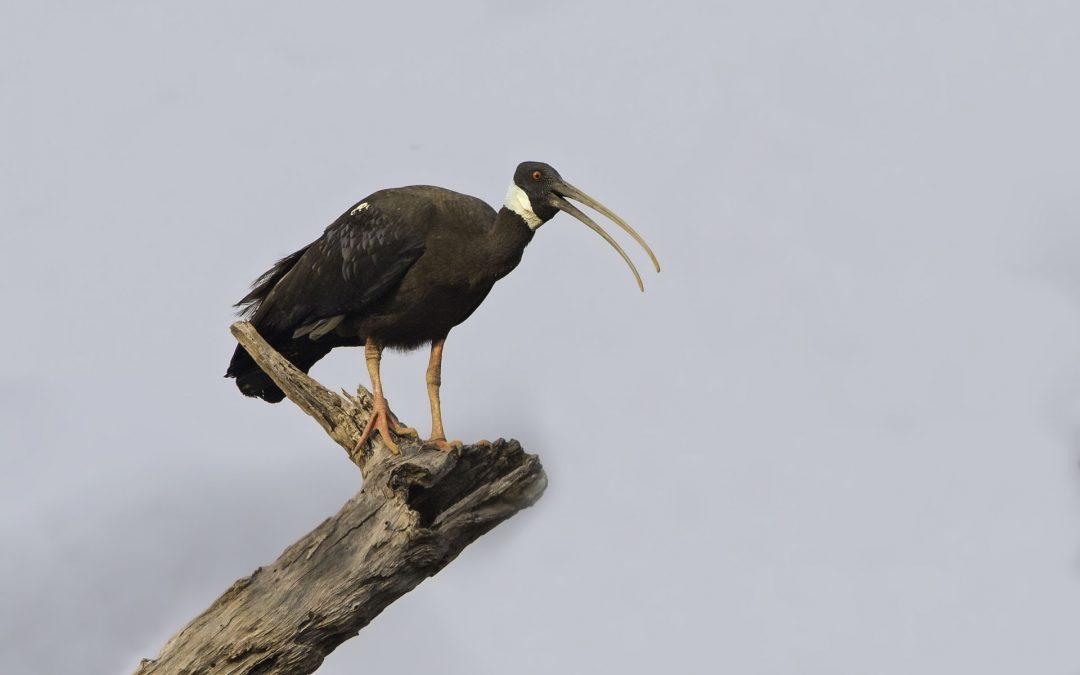 The dry deciduous forests, open grasslands, marshy wetlands and limestone karst of Cambodia and Laos make for some brilliant birding. Some of South-east Asia’s most sought-after rarities reside here like Giant and White-shouldered Ibis, Greater Adjutant, Milky Stork, Bengal Florican, Cambodian Laughingthrush and recently described Bare-faced Bulbul, and these were just a few of the mouthwatering species we encountered on this tour. That combined with the amazing temples of the Angkor Wat complex made for an enjoyable and bird-filled trip. We began at Angkor Wat birding the forests around these amazing temples with Brown Boobook, Asian Barred Owlet, Ashy Minivet, Hainan Blue Flycatcher and White-throated Rock-thrush. We then moved to the huge waterbird sanctuary at Prek Toal highlighted by Milky Stork and Greater Adjutant.

The grasslands were our next destination with several male Bengal Floricans before heading north into the dry forests for Giant and White-shouldered Ibis along with White-rumped Falcon and some daytime night-birds with Spotted and Brown Wood Owl, Collared Scops Owl and Brown Fish Owl. Heading east to the mighty Mekong we found the recently described Cambodian Tailorbird, declining Asian Golden Weaver and Mekong Wagtail along with several Irrawaddy Dolphin. Our camping in the Cardoman Mountains produced spectacular views of endemic Cambodian Laughingthrush and a surprise pair of Green Cochoa. From here a short flight to Laos saw us at the edge of the Annamite mountains in an area of limestone karst where our main target, Bare-faced Bulbul, was enjoyed along with Sooty Babbler, Green-eared Barbet and Great Iora to name just a few of the great sightings we had.

Overall, we had 300 species with 12 heard only with particularly great views of several of the endemics and range-restricted targets.

To read more of this report, please click here.