There are few places on the planet where you can stand on the banks of a 12th century baray (reservoir) deep in a wildlife sanctuary watching critically endangered species fly in to feed, before walking just 300m through the forest to a huge, deserted pre-Angkorian temple teeming with wildlife. The Northern Plains of Cambodia are the largest remaining intact block of a unique landscape that once covered much of Indochina.

The landscape supports the world’s only remaining populations of waterbird species which once occurred throughout Southeast Asia – the most iconic being the Giant Ibis, Cambodia’s national bird, thought to be extinct until the late 1990s. The remarkable variety of habitats including Dry Dipterocarp Forest, Semi-evergreen forest, grassland and freshwater wetlands support a stunning variety of unique and endangered birds and wildlife including Banteng, a number of primates, deer and numerous other creatures. SVC works alongside Wildlife Conservation Society Cambodia (WCS) with four communities deep in the remote Kulen Prontemp Wildlife Sanctuary helping to bring sustainable livelihoods through conservation and ecotourism.

Traveling to this region you truly have an experience that very few on the planet have had.
The area is remote, with a low population distributed widely across the landscape. Communities are heavily dependent on the area’s natural resources for their livelihoods, which are based on resin-tapping, fishing and small scale rain-fed paddy. Free-ranging domestic cattle maintain natural forest processes. 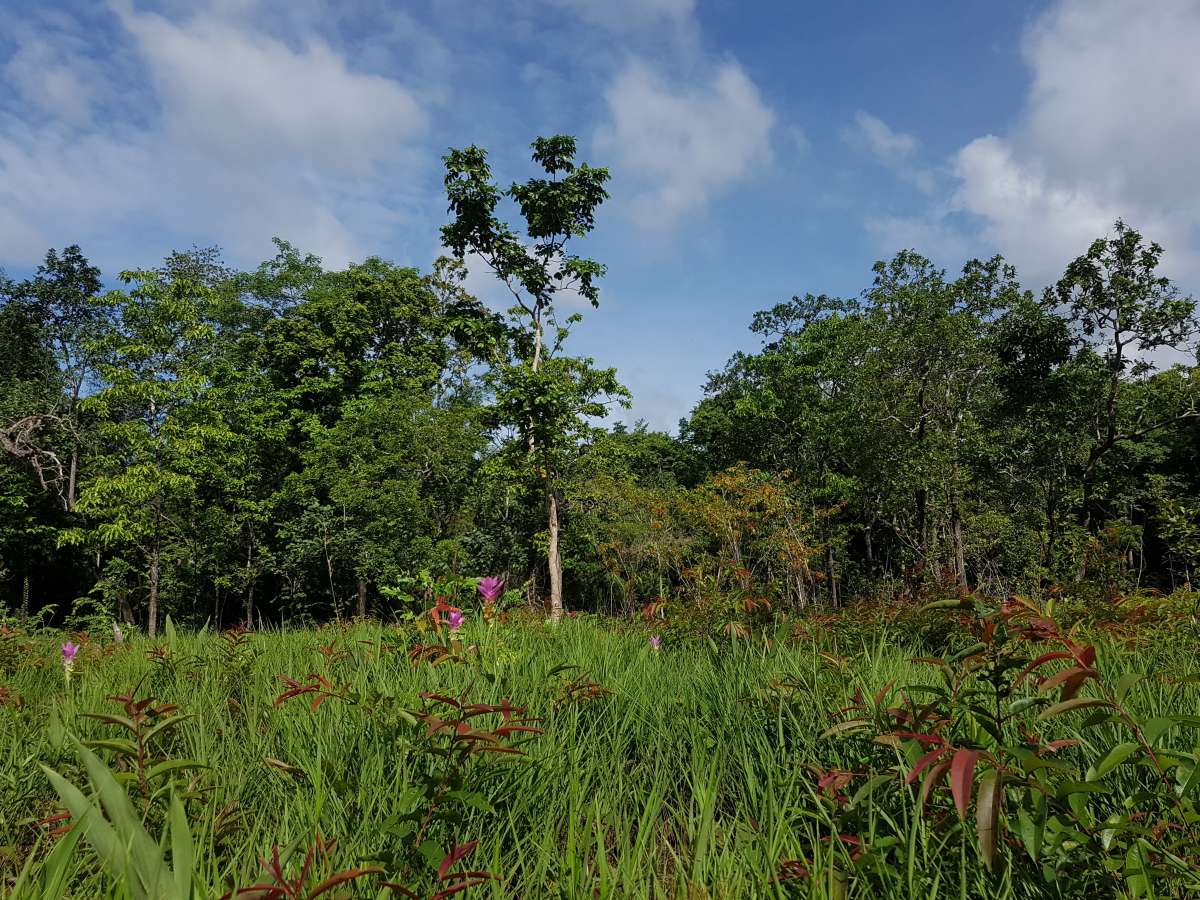 Dry from November to mid-April, showers begin in late-April and intensify to a peak in August, causing flooding through much of the forest between June and September. Coolest between December and February, rapidly becoming hotter and more humid from March-July.

A mosaic of lowland deciduous dipterocarp forest and semi-evergreen forest. Riparian forest and forest on hills contains more evergreen elements. The best example of these habitat types remaining in the region.

It is recommended to allow 3-8 days to experience this location.