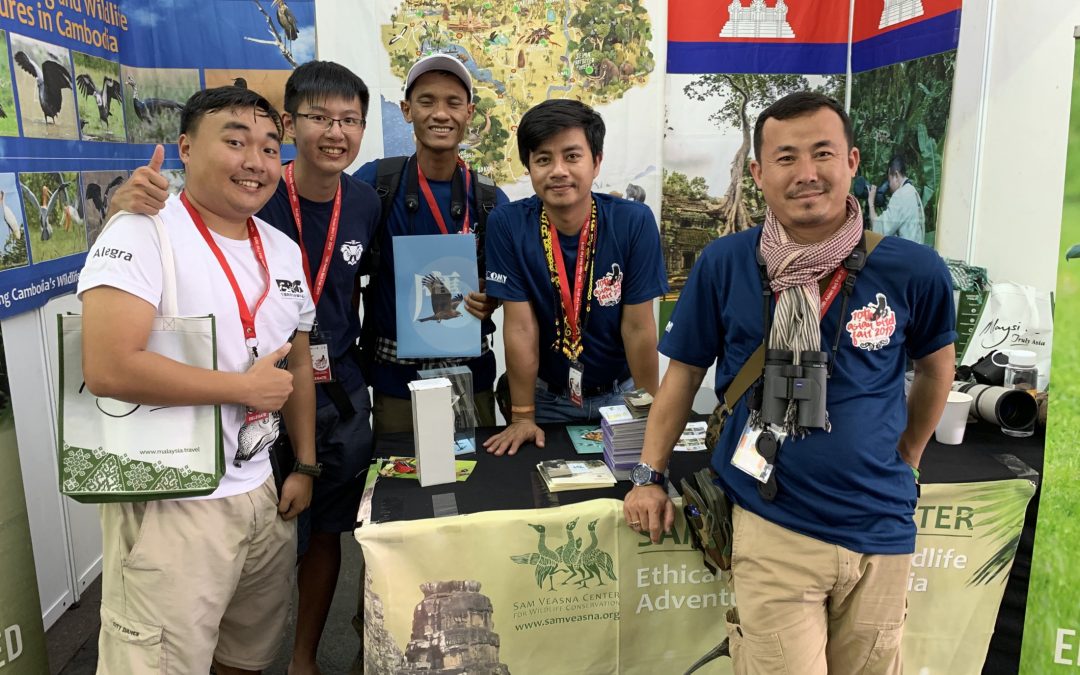 Sam Veasna Center (SVC) were honoured to represent Cambodia birding at the annual British Birdfair from the 16th to 18th August 2019. 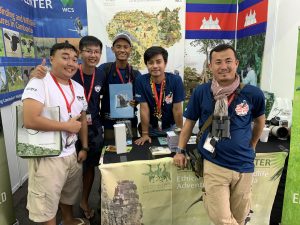 The British Birdfair was particularly unique for SVC as this was the first year SVC presented about our efforts. The theme was on the ecotourism impact on the conservation of Cambodias ‘Big 5’, specifically; Giant Ibis, White-shouldered Ibis, White-rumped Vulture, Red-headed Vulture and Slender-billed Vulture. The populations of these five critically-endangered species have continued to be sustained in which ecotourism has played a significant role. 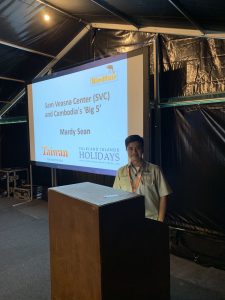 One of SVC’s most experienced guide, Mardy Sean, explained to an auditorium on the SVC model and how all SVC’s visitors leave a lasting impression on conservation in Cambodia.

The SVC team of Mardy Sean, Mony Sang and Hat Huon were spent an incredible 3 days meeting old clients and showing what SVC has to offer to new faces. We were also pleased to catch up with SVC partners Birdtour Asia run by our very good friend James Eaton and Naturetrek’s Tom Mabbett- also a great friend of SVC. Both of these fantastic tour partners will be joining SVC this season on a Cambodian birding extravaganza! 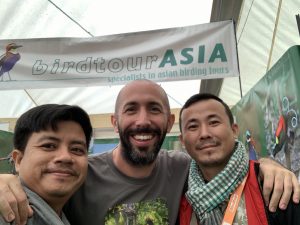 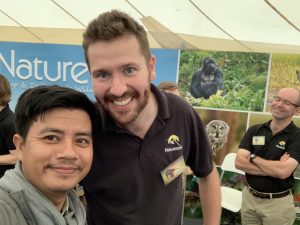 The British Birdfair is always a highlight for our guides as they get to share their unparalleled passion for birding with communities from all over the globe. 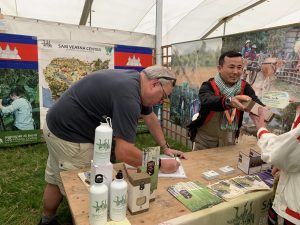