For generations, farmers have worked the land around these forests. Many of the people who live here are a mixture of indigenous peoples and those forced to transfer from cities to the countryside during the notorious Khmer Rouge period. After the fall of the regime they stayed on, but they had no legal rights to the land.

These farmers eked out a meagre existence growing rice, cutting trees from the forest and hunting wildlife. Many years later, Wildlife Conservation Society began working in the area and realized that farmers were in direct competition for forest and land with species like Giant Ibis (Cambodia’s national bird), so an approach was needed which would benefit both the local population and the environment. 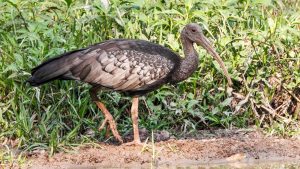 This region in Cambodia is the only place where open deciduous forests – wooded areas with a patchwork of savanna grasslands – left in the SE Asia, meaning it is the only place left on earth where species specific to this habitat can actually live and prosper.

By working together with all stakeholders, WCS, IBIS Rice farmers and government establish agreements giving villagers secure user rights for the first time. Knowing their right to live on and use the land was legally secure encouraged farmers to think longer-term. Through the IBIS Rice project, they agreed to use environmentally friendly farming methods, follow land-use plans that limit deforestation, and to stop hunting wildlife. 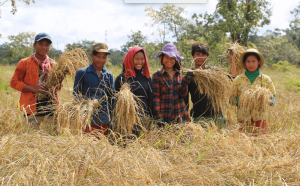 Any rice project must be about agriculture. But the IBIS Rice project is also about empowering local farmers to commit to preserving their environment. In return, IBIS Rice buys their crops above the market price and gives them access to markets that can further maximize their returns. 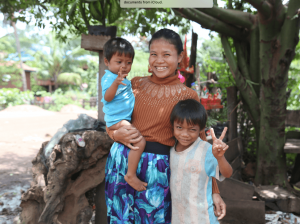