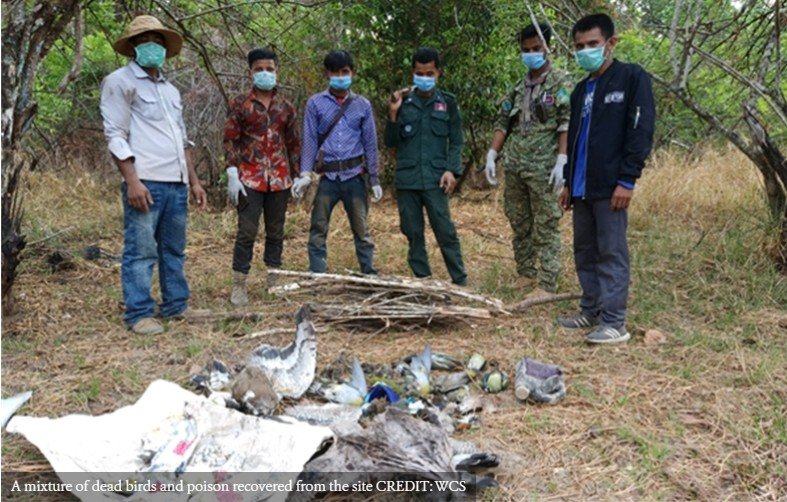 In a single deliberate poisoning event, three Giant Ibis, equivalent to 1-2 percent of the global population, have been killed. This is part of a disturbing global trend where conservationists are noticing increases in hunting of protected species since the spread of coronavirus began to disrupt traditional economic and social systems in rural areas.

The incident was detected on 9 April 2020 in Chhep Wildlife Sanctuary, Preah Vihear Province. The birds were killed illegally for their meat, which would have been consumed locally or sold on the market. 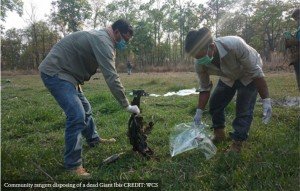 In addition to the Ibis poisoning, more than 100 Painted Stork chicks were poached in late March at Cambodia’s Prek Toal Ramsar Site, the largest waterbird colony in Southeast Asia.

In the last two weeks as economies have closed down and incomes have dried up, conservationists have seen an increasing turn to natural resource exploitation – including poaching of protected wildlife.

“Suddenly rural people have little to turn to but natural resources and we’re already seeing a spike in poaching. The continued commitment of conservationists to local people in rural areas across the region is more important than ever right now, as they have no safety net and are alone on the front line, the first and last line of defense for the forests and wildlife in and around their communities.”